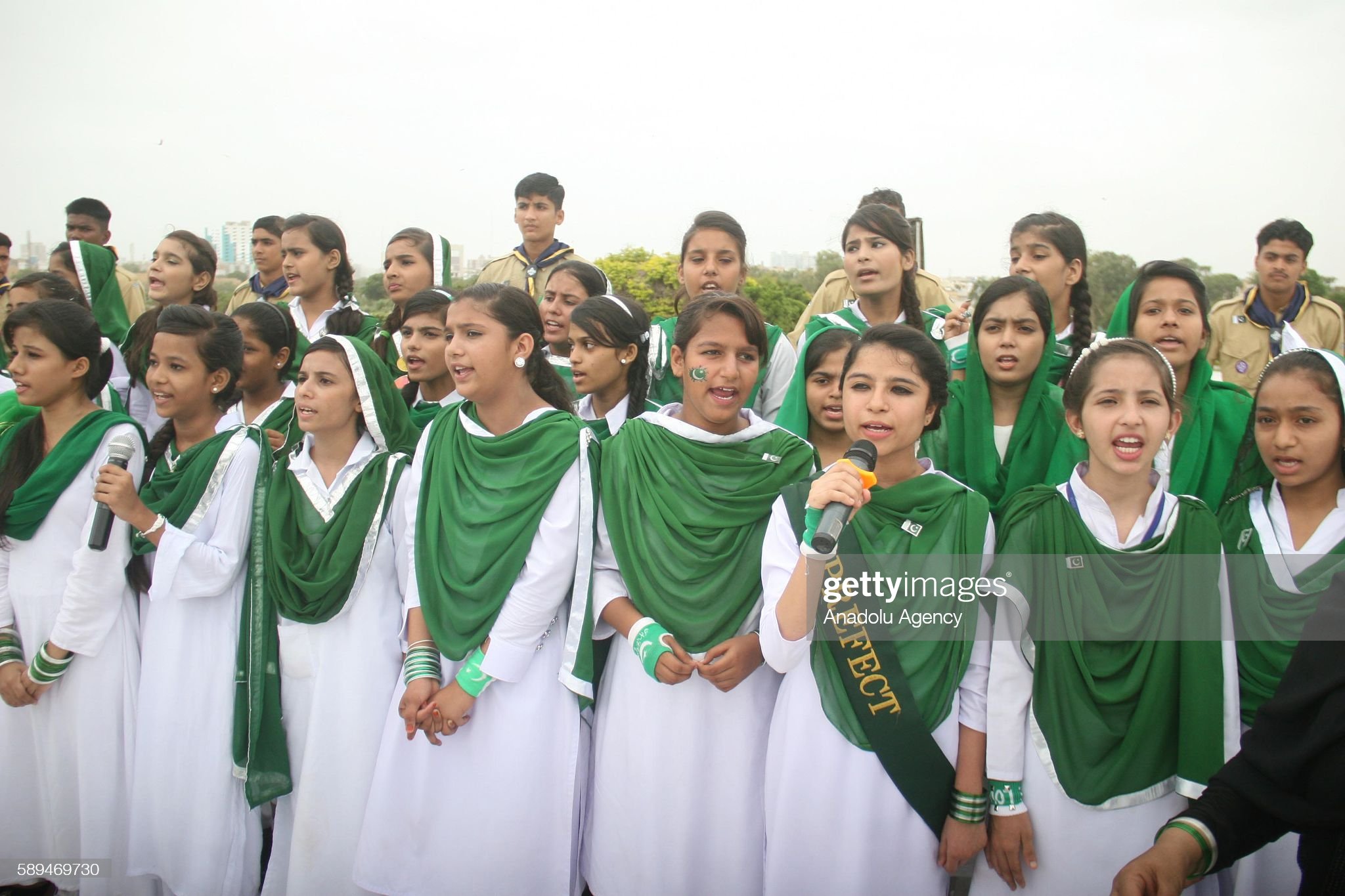 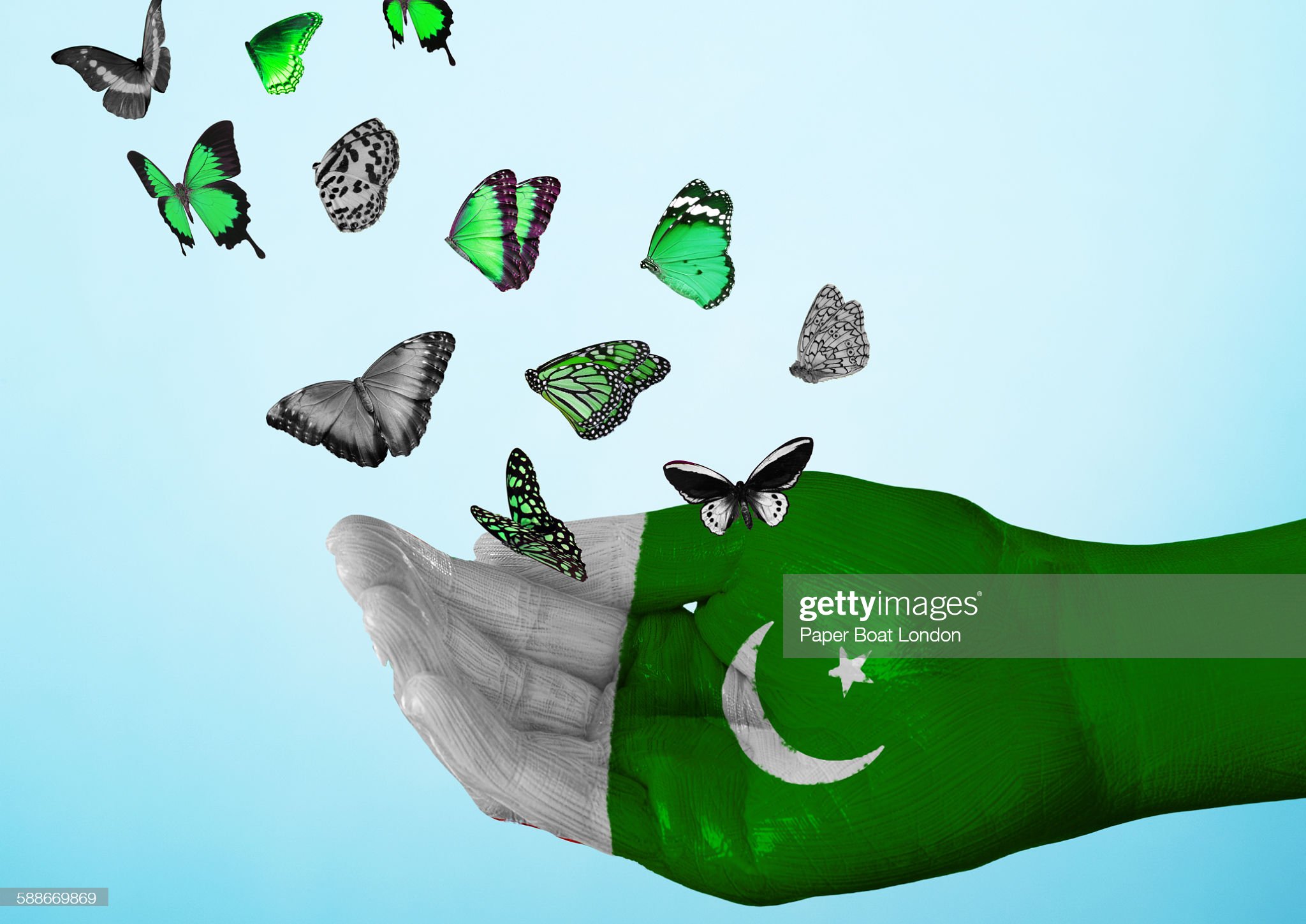 Pakistani Rangers and Indian Border Security Force servicemen play out a banner off function at the Indo-Pakistani outskirt post of Wagah, on October 20, 2016. Australian armed force cricket group touched base in Pakistan to take an interest in the First International PACES (Physical Agility and Combat Efficiency System) Competition-2016. The International PACES will have more than 270 members from multitudes of 16 nations including Pakistan. /AFP/ARIF ALI (Photo credit should peruse ARIF ALI/AFP/Getty Images) 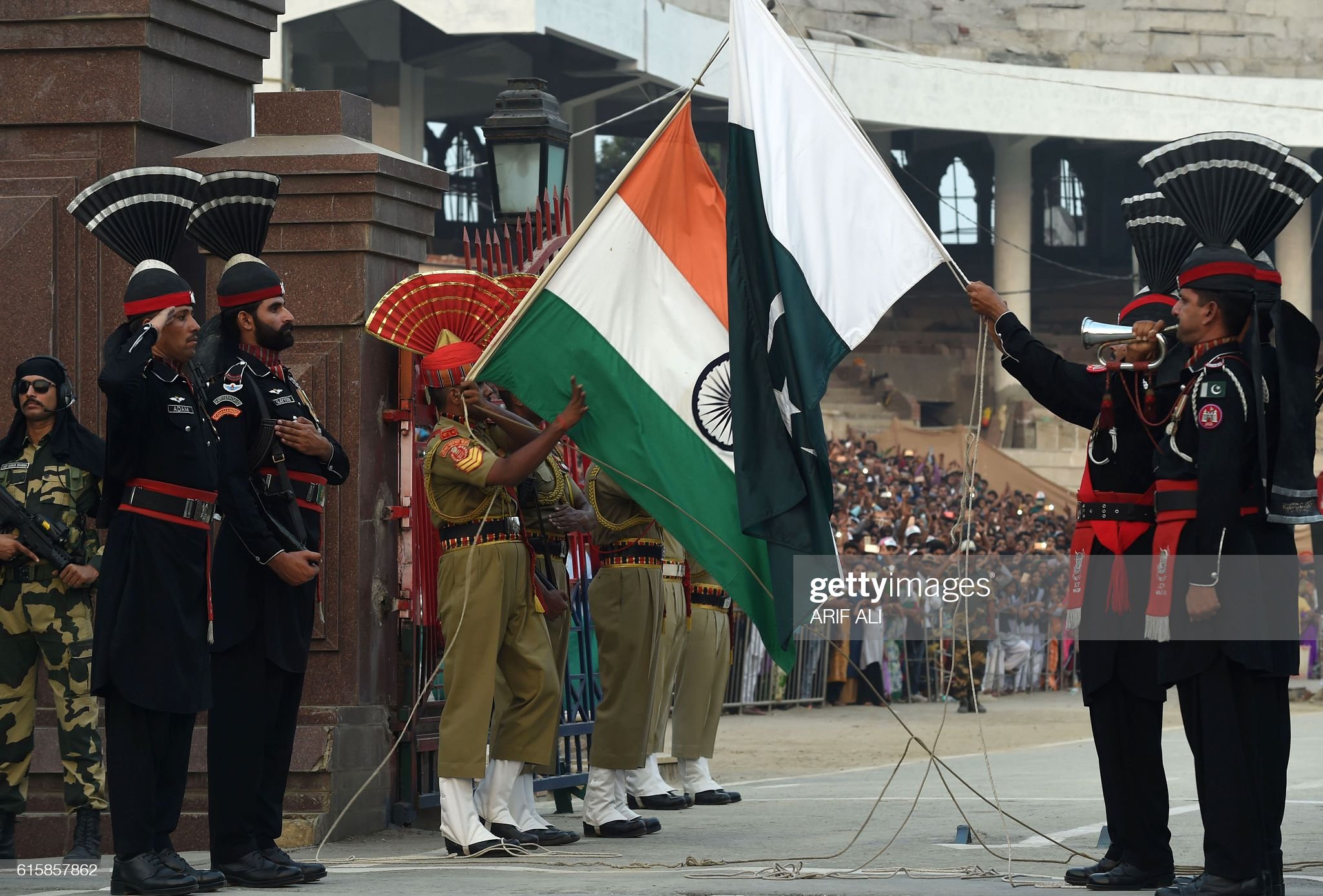 [UNVERIFIED CONTENT] A gathering of Pakistani individuals waving the banner with the thumps of Drum before the Wahga Border Flag service. This function happens each prior night nightfall at the Wagah fringe, which as a component of the Grand Trunk Road was the main street connect between these two nations before the opening of the Aman Setu in Kashmir in 1999. The service begins with a ranting march by the troopers from both the sides, and winds up in the flawlessly organized bringing down of the two countries’ flags.[2] It is known as the beating retreat outskirt function on the worldwide level. One Jawan (infantryman) prepares for action on each side of the door. As the sun sets, the iron entryways at the fringe are opened and the two banners are brought down at the same time. The banners are collapsed and the service closes with a retreat that includes an abrupt handshake between troopers from either side, trailed by the end of the doors once more. The display of the function draws in numerous guests from the two sides of the outskirt, just as global voyagers. 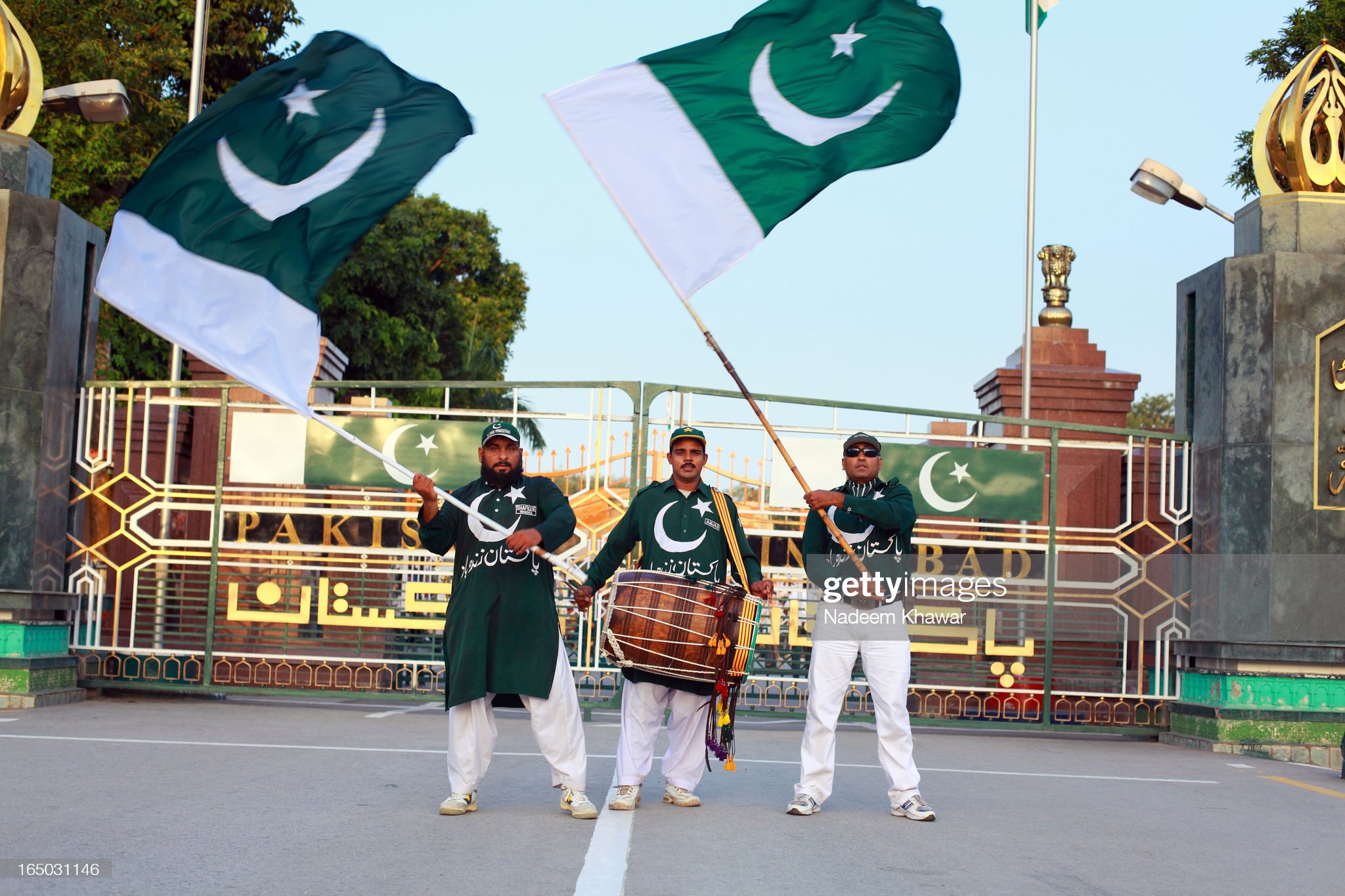 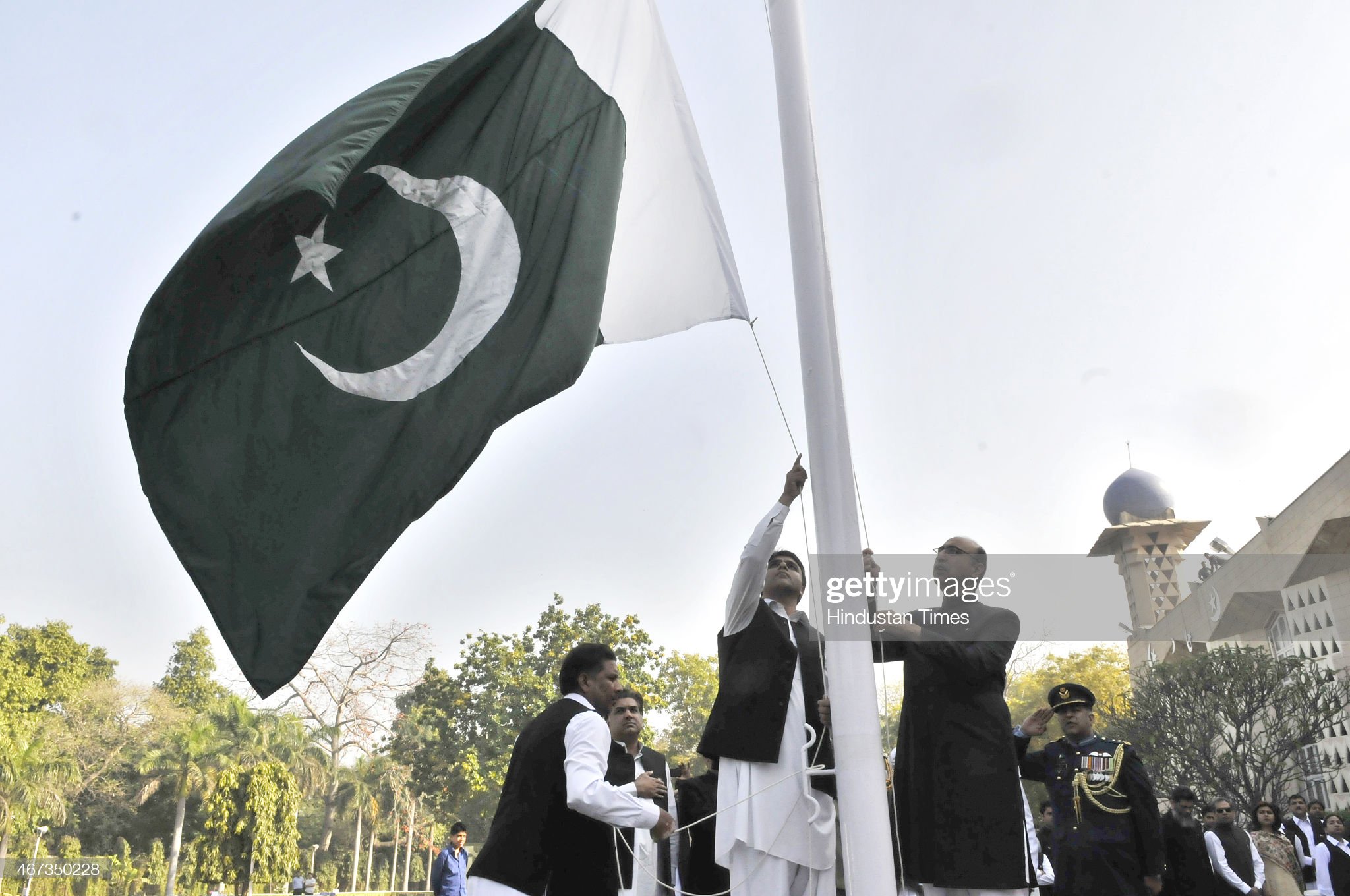 School young ladies holds Pakistani banners during the rally in… 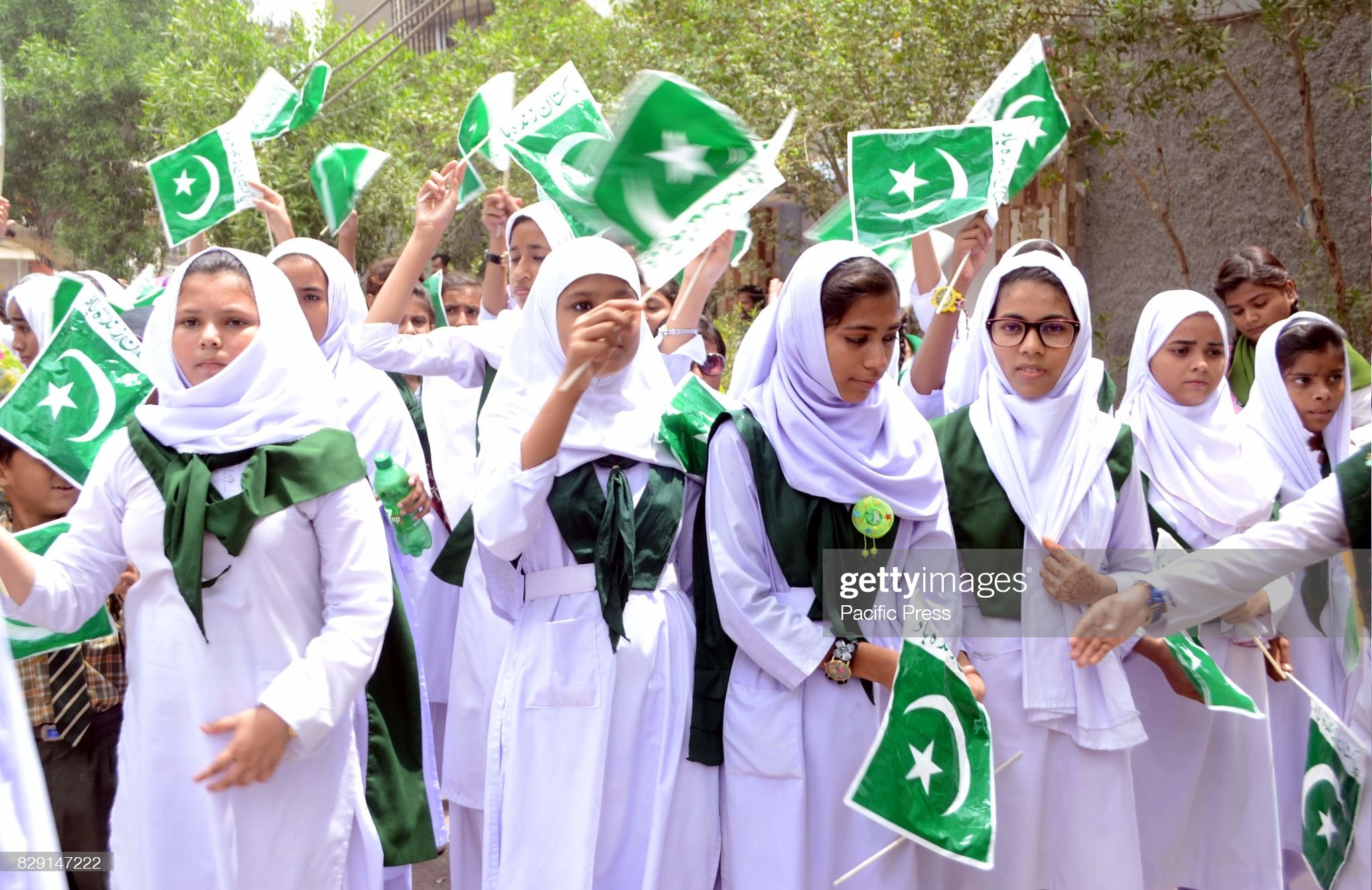 A recently made multi-move light we…

Islamabad, PAKISTAN: A recently fabricated multi-move light weight warrior flying machine – the JF-17 Thunder, worked by Pakistan with the help of China, is painted with the Pakistani banner as it partakes in a fly past during the motorcade stamping Pakistan Day in Islamabad, 23 March 2007. Musharraf vowed to make Pakistan an “invulnerable fortification of majority rules system” in the midst of an emergency regarding his expulsion of the nation’s most senior judge. The President made the remark in a message checking Pakistan Day, which commends a goals marked in 1940 to make a different country for Muslims on the Indian subcontinent. AFP PHOTO/Aamir QURESHI (Photo credit should peruse AAMIR QURESHI/AFP/Getty Images)

Banner of Pakistan painted on two hands together – stock photograph 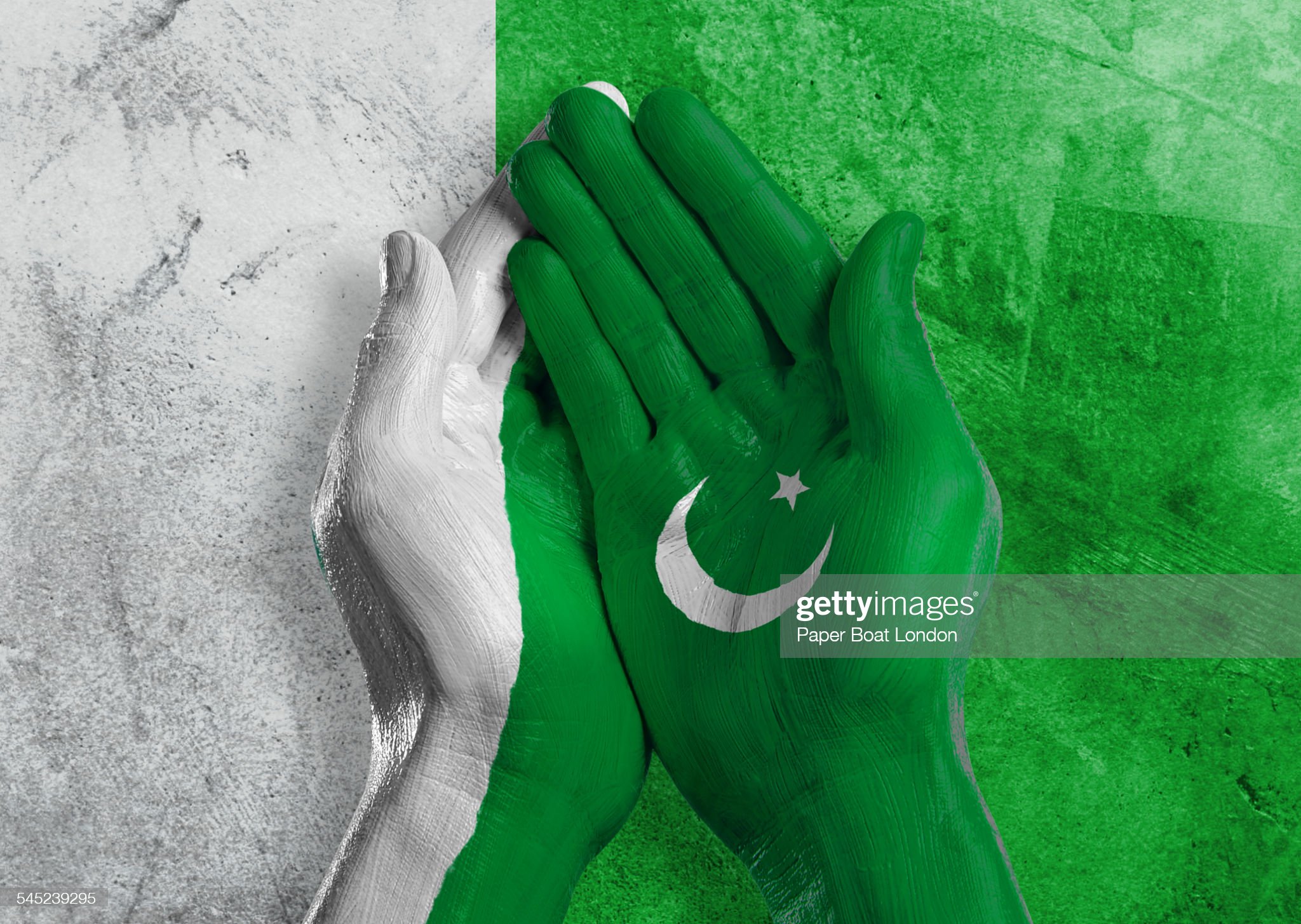 ISLAMABAD, PAKISTAN – SEPTEMBER 28: A Pakistani resistance part remains before a line of cops after a preeminent court choice is declared for Pakistani President Pervez Musharraf on September 28, 2007, in Islamabad, Pakistan. The court rejected legitimate difficulties against the president, casting a ballot 6-3 that Musharraf can keep running for a third 5-year term on October 6, while keeping up his job as head of the military. The vote was an extreme hit to resistance ideological groups who trusted that the recently autonomous disapproved of court would administer to support them. (Photograph by John Moore/Getty Images) 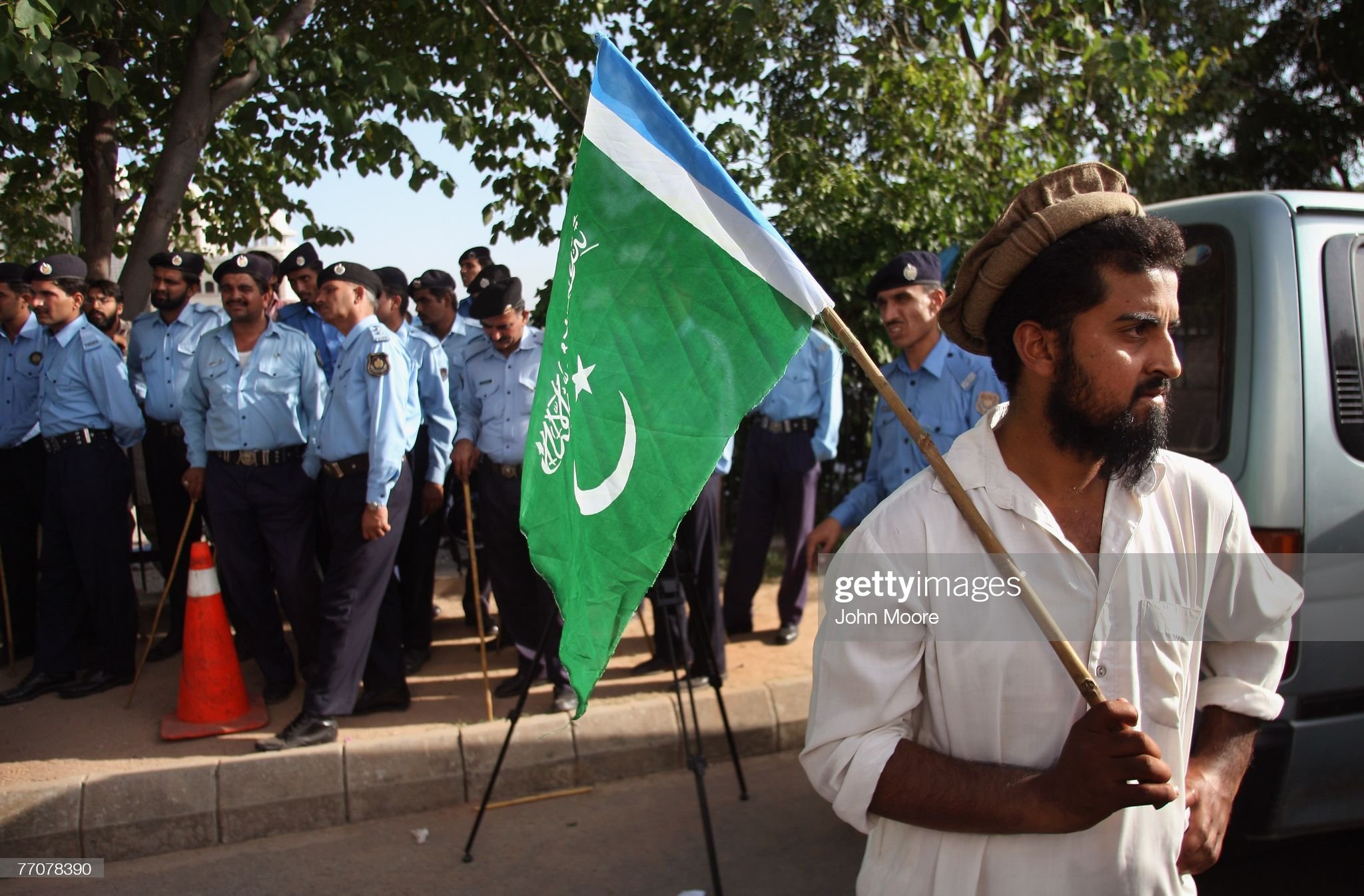 KARACHI, PAKISTAN – AUGUST 14: A Pakistani man with five kids is seen on a motorbike during a function denoting Pakistan’s 69th Independence Day at the author of Pakistan Muhammad Ali Jinnah’s catacomb in Karachi, Pakistan on August 14, 2016. (Photograph by Sabir Mazhar/Anadolu Agency/Getty Images) 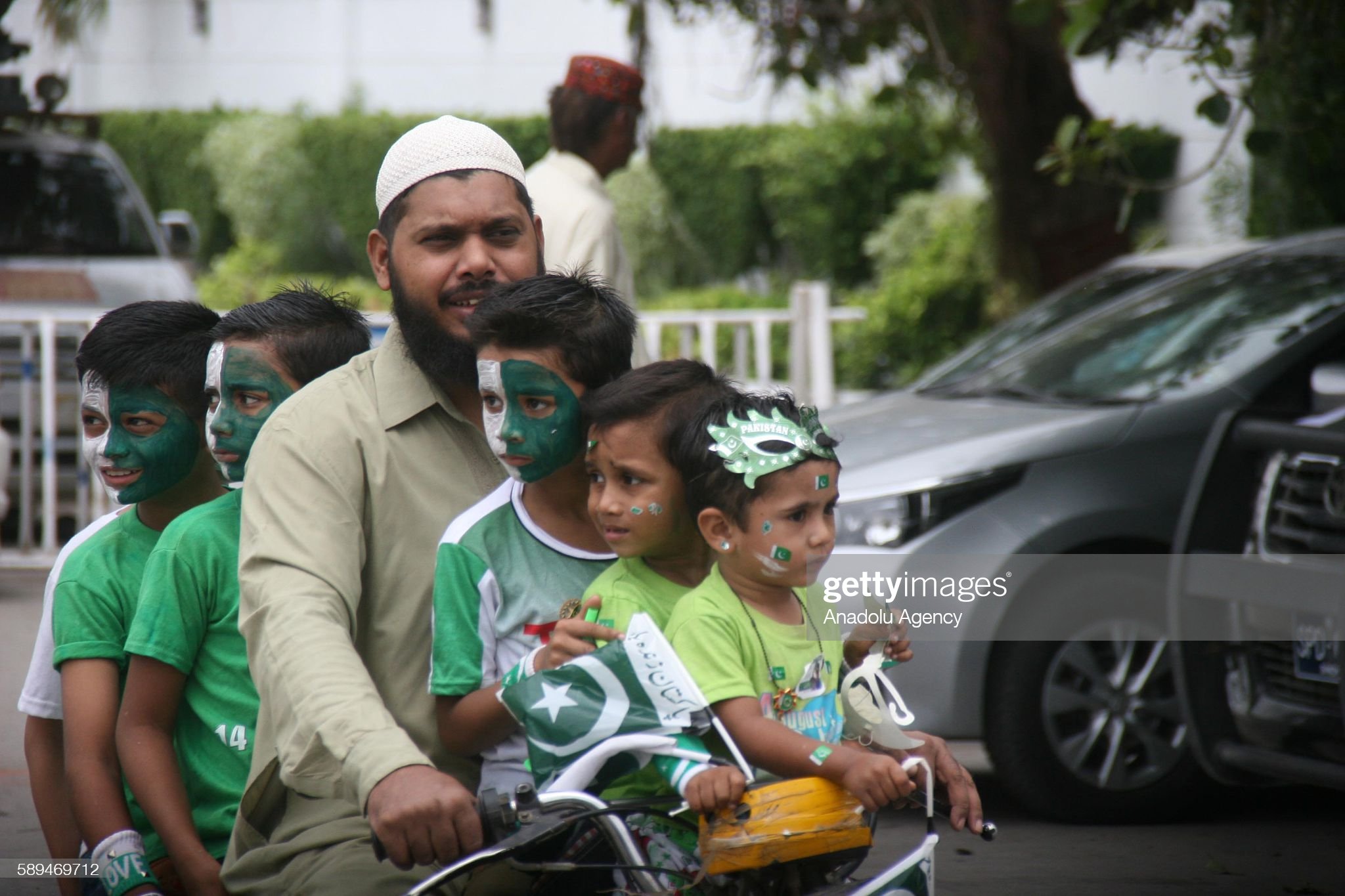 Hand with banner of Pakistan holding a tree – stock photograph 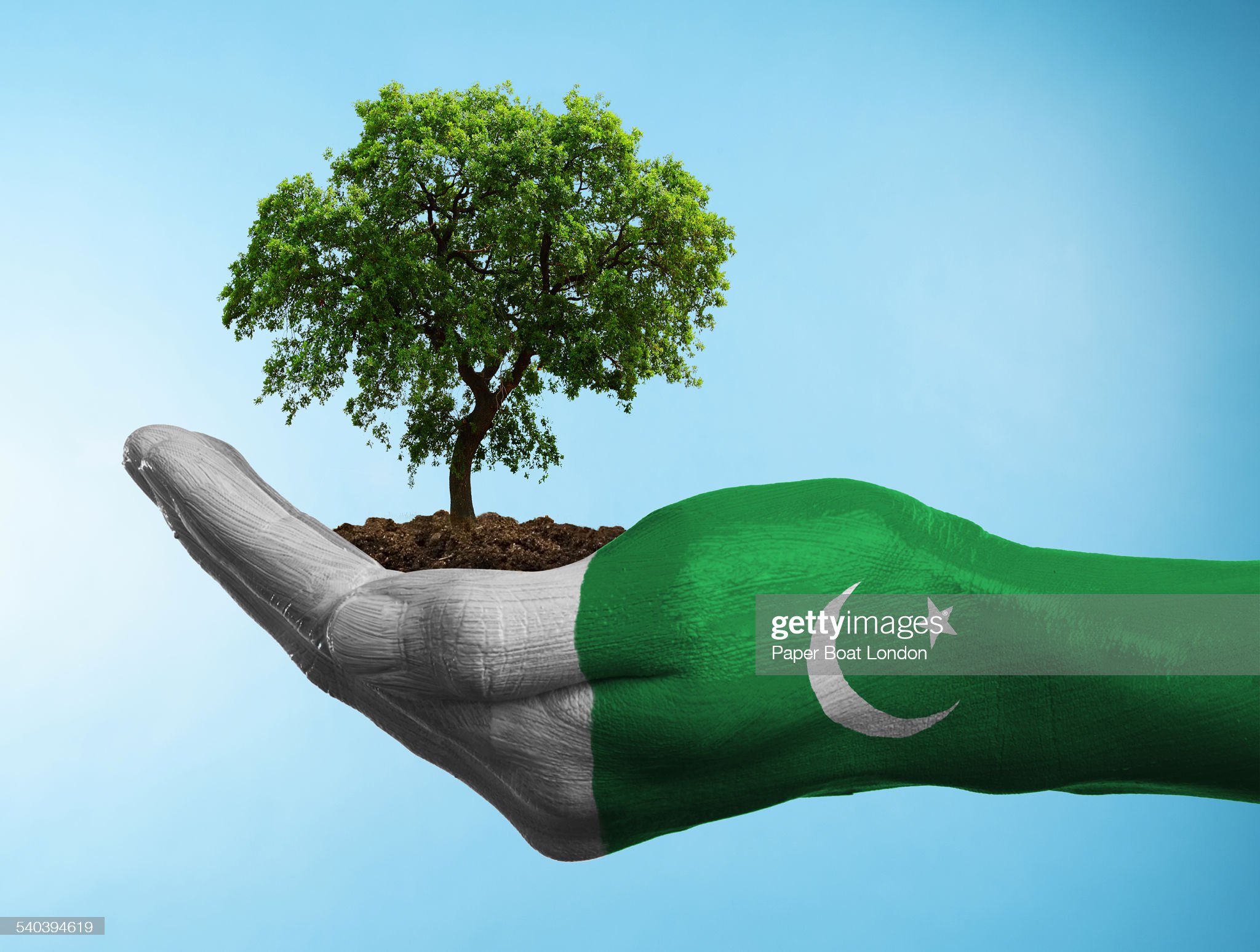 Pakistan officer holding national banner at Wagah Border function, situated in Lahore, Punjab Province, Pakistan. The bringing down of the banners, or the Beating Retreat service at Wagah fringe, is a day by day military practice that the security powers of India (Border Security Force) and (Pakistan Rangers) have mutually pursued since 1959. The drill is portrayed by intricate and quick move like moves, and speaks to two nations’ competition. This function happens each prior night dusk at the Wagah outskirt, which as a feature of the Grand Trunk Road, the main street interface between these two nations before the opening of the Aman Setu in Kashmir in 1999. The service begins with a ranting march by the fighters from both the sides, and winds up in the consummately organized bringing down of the two countries’ banners. It is known as the beating retreat outskirt function on the global level. One infantryman gets ready on each side of the entryway. As the sun sets, the iron doors at the fringe are opened and the two banners are brought down at the same time. The banners are collapsed and the service closes with a retreat that includes a curt handshake between officers from either side, trailed by the end of the entryways once more. The exhibition of the function draws in numerous guests from the two sides of the fringe, just as global travelers. 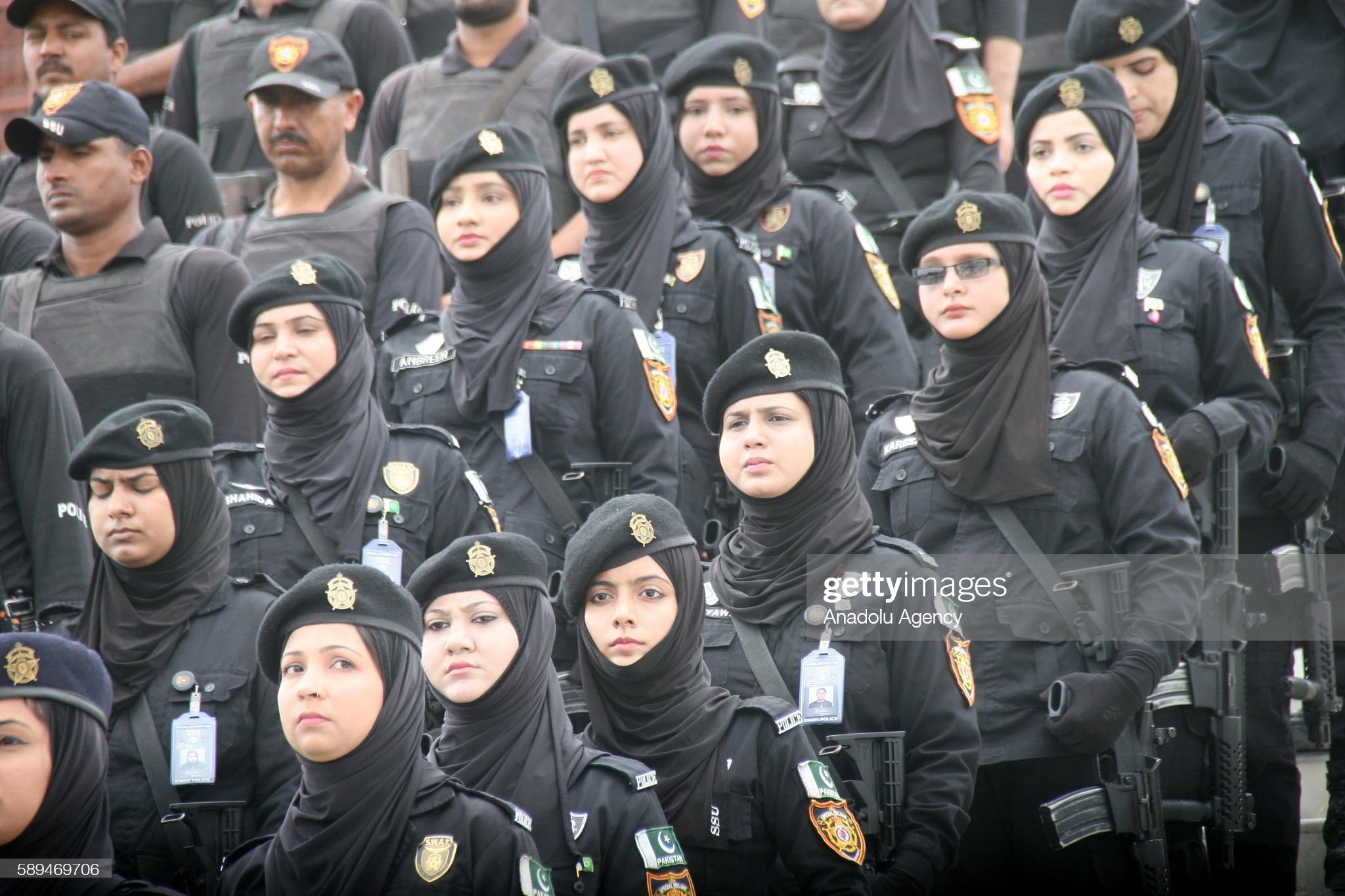 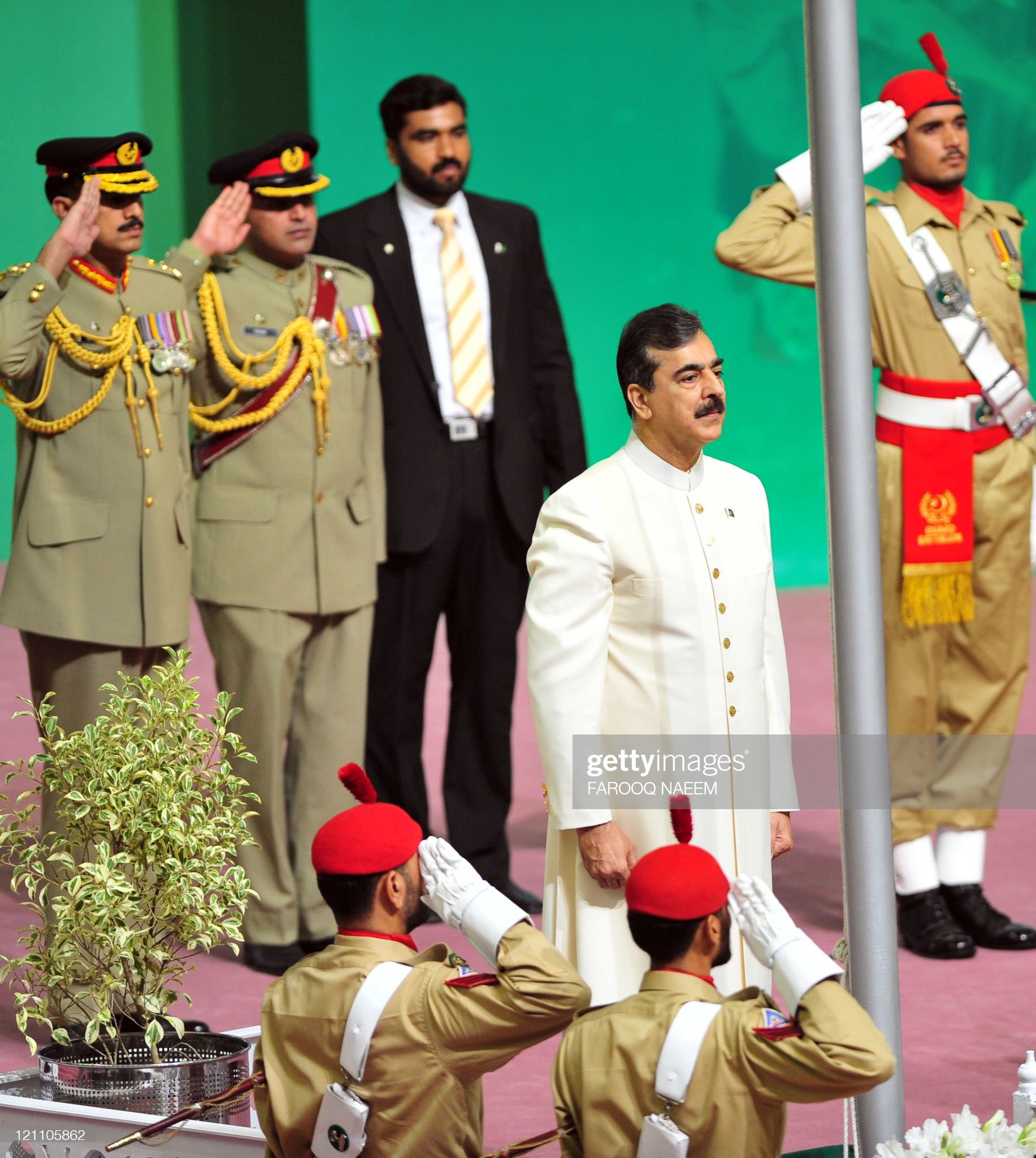 Pakistani Rangers (in dark) and Indian Border Security Force (BSF) warriors (in khaki) play out the banner bringing down function, multi day after the suicide shelling that killed 55, at the Pakistan-India outskirt crossing at Wagah on November 3, 2014. Pakistan and India proceeded with a beautiful military service at a noteworthy fringe post, resisting a suicide assault on the occasion multi day sooner that killed 55 individuals. The aircraft struck at the Wagah fringe intersection close to the eastern Pakistani city of Lahore on November 2, causing slaughter among groups leaving the every day “banner bringing down” occasion that denotes the end of the boondocks for the afternoon. AFP PHOTO/Arif ALI (Photo credit should peruse Arif Ali/AFP/Getty Images) 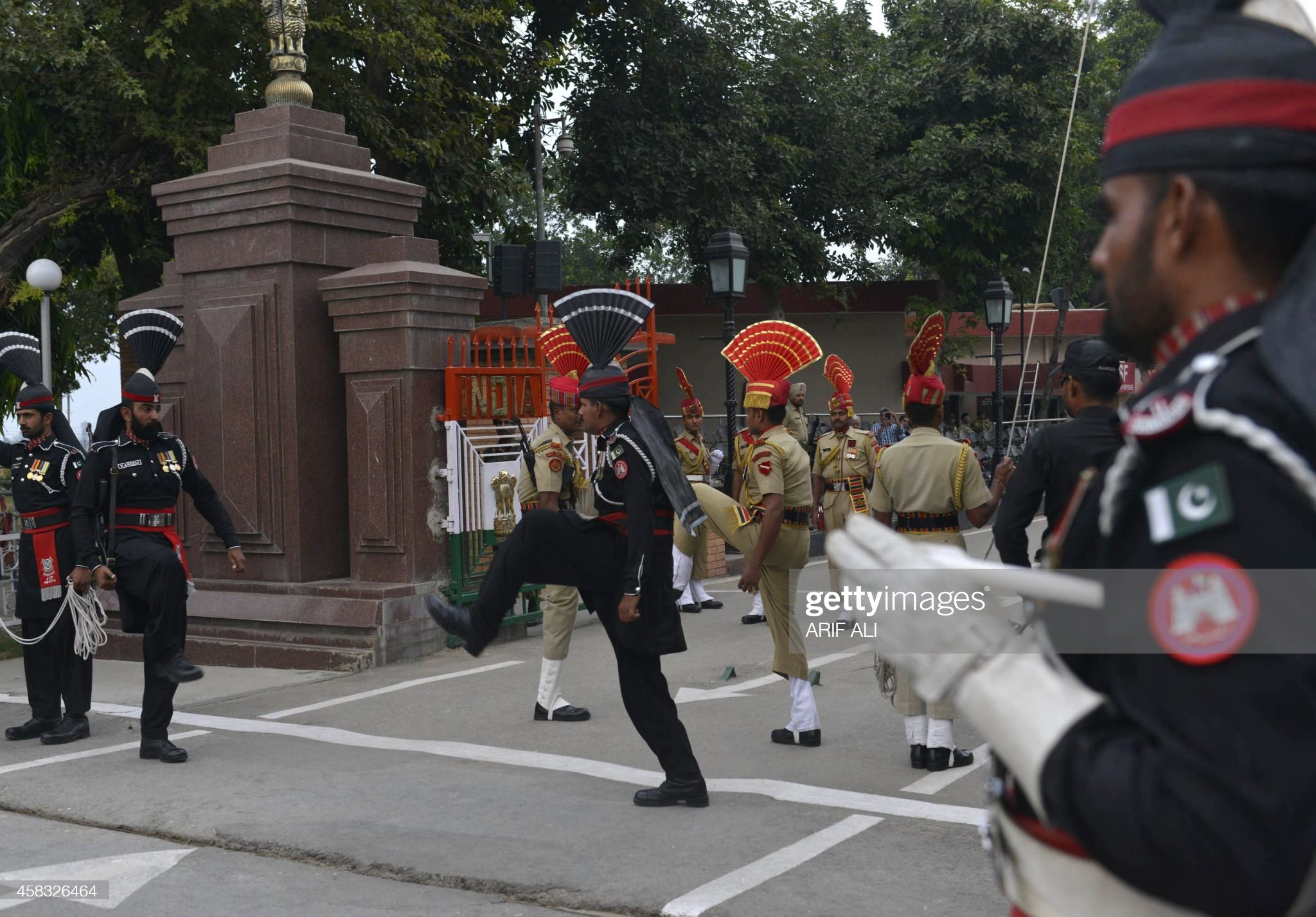 The picture of Muhammad Ali Jinnah is seen at the India-Pakistan Wagah fringe post as a Pakistani Ranger (top) spreads out the Pakistani national banner during a service to observe Pakistan’s Independence Day on August 14, 2017. Muslim-lion’s share Pakistan – and millions were evacuated in one of the biggest mass movements ever. Pakistan praises its freedom on August 14, one day before India’s autonomy day on August 15. /AFP PHOTO/NARINDER NANU (Photo credit should peruse NARINDER NANU/AFP/Getty Images) 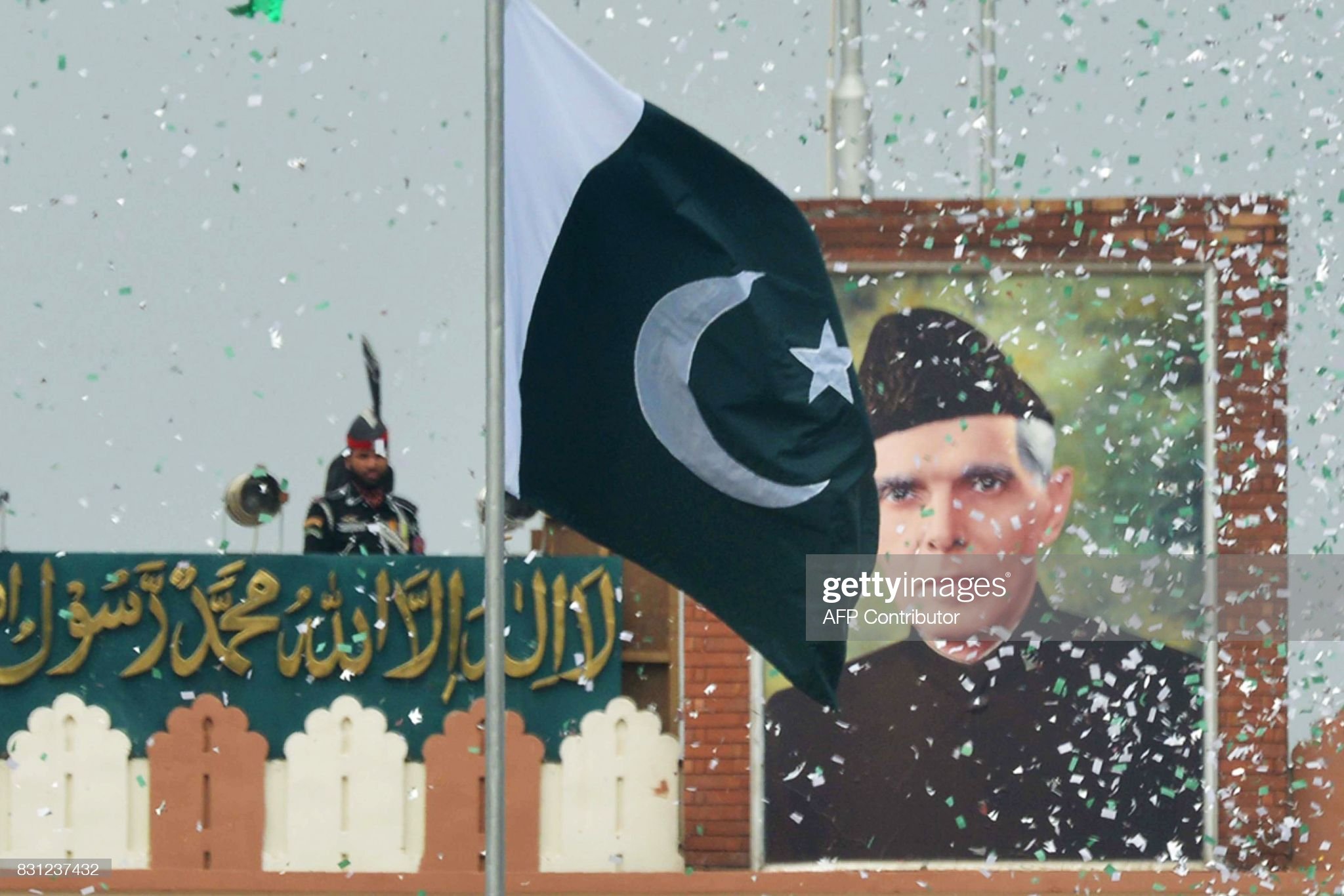 ISLAMABAD, PAKISTAN: Standing infront of an enormous Pakistani banner, artist Shahida Minni (front) and a gathering of youngsters perform during a social show in Islamabad, 13 August 2004, on the eve of nation’s 57th Independence Day. Pakistan has supported security in front of Independence Day festivities in the midst of fears of a savage reaction to an Al-Qaeda crackdown which has gotten top agents in the throes of plotting new dread assaults here and abroad. AFP PHOTO/Jewel SAMAD (Photo credit should peruse JEWEL SAMAD/AFP/Getty Images) 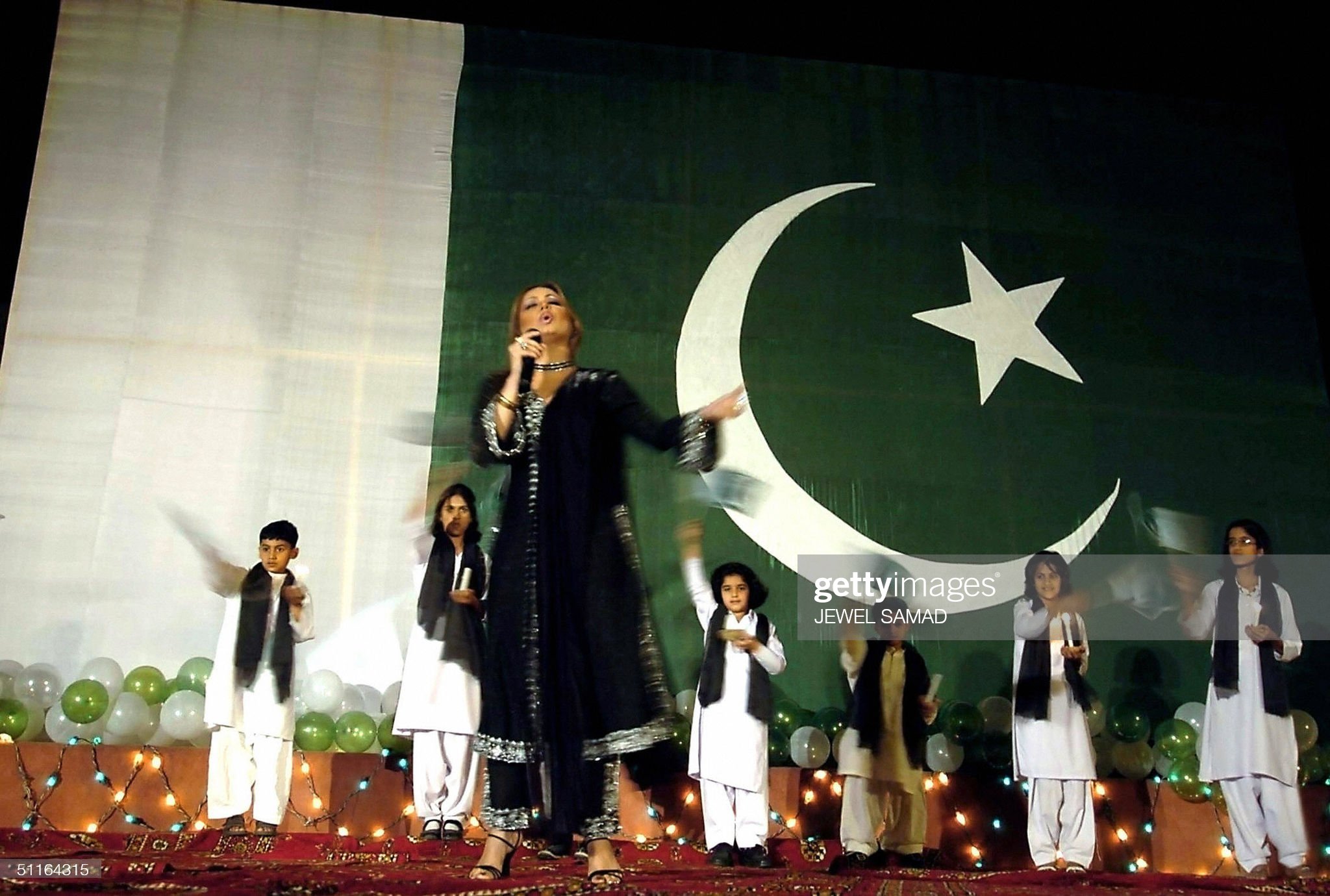 Pakistani Ranger officials look on during a banner bringing down service at the India-Pakistan Wagah Border Post, close Amritsar, on August 14, 2016. India praises its 70th Independence Day on August 15 after Britian surrendered autonomy to the nation in 1947. /AFP/NARINDER NANU (Photo credit should peruse NARINDER NANU/AFP/Getty Images) 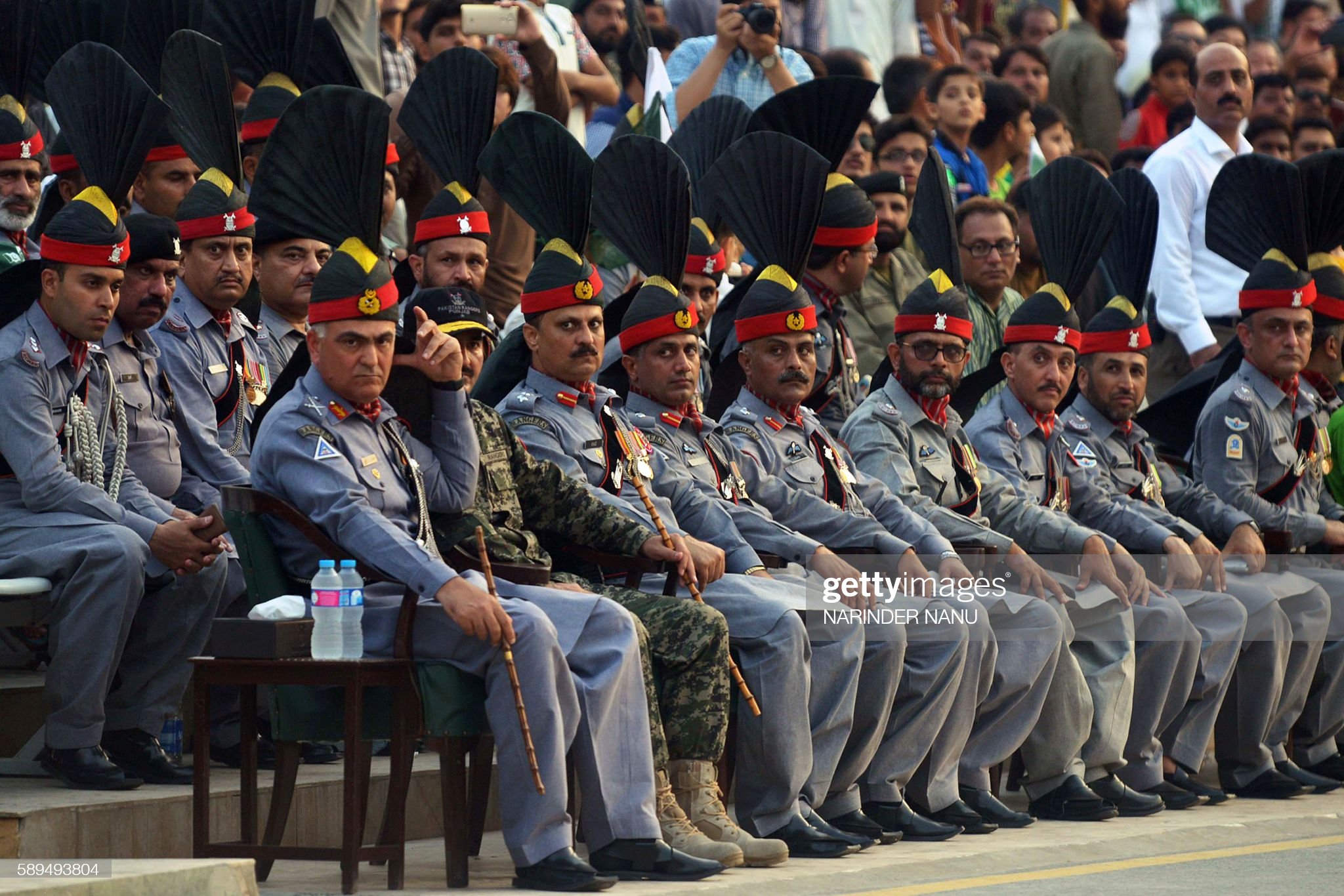 Pakistani young ladies, their countenances painted in the shades of the national banner, participate in festivities for the nation’s Independence Day in Karachi, 14 August 2007. Pakistan commended the 60th commemoration of freedom with supplications and a national moment of quietness, calm celebrations for a nation in the hold of political and religious strife. AFP PHOTO/Asif HASSAN (Photo credit should peruse ASIF HASSAN/AFP/Getty Images) 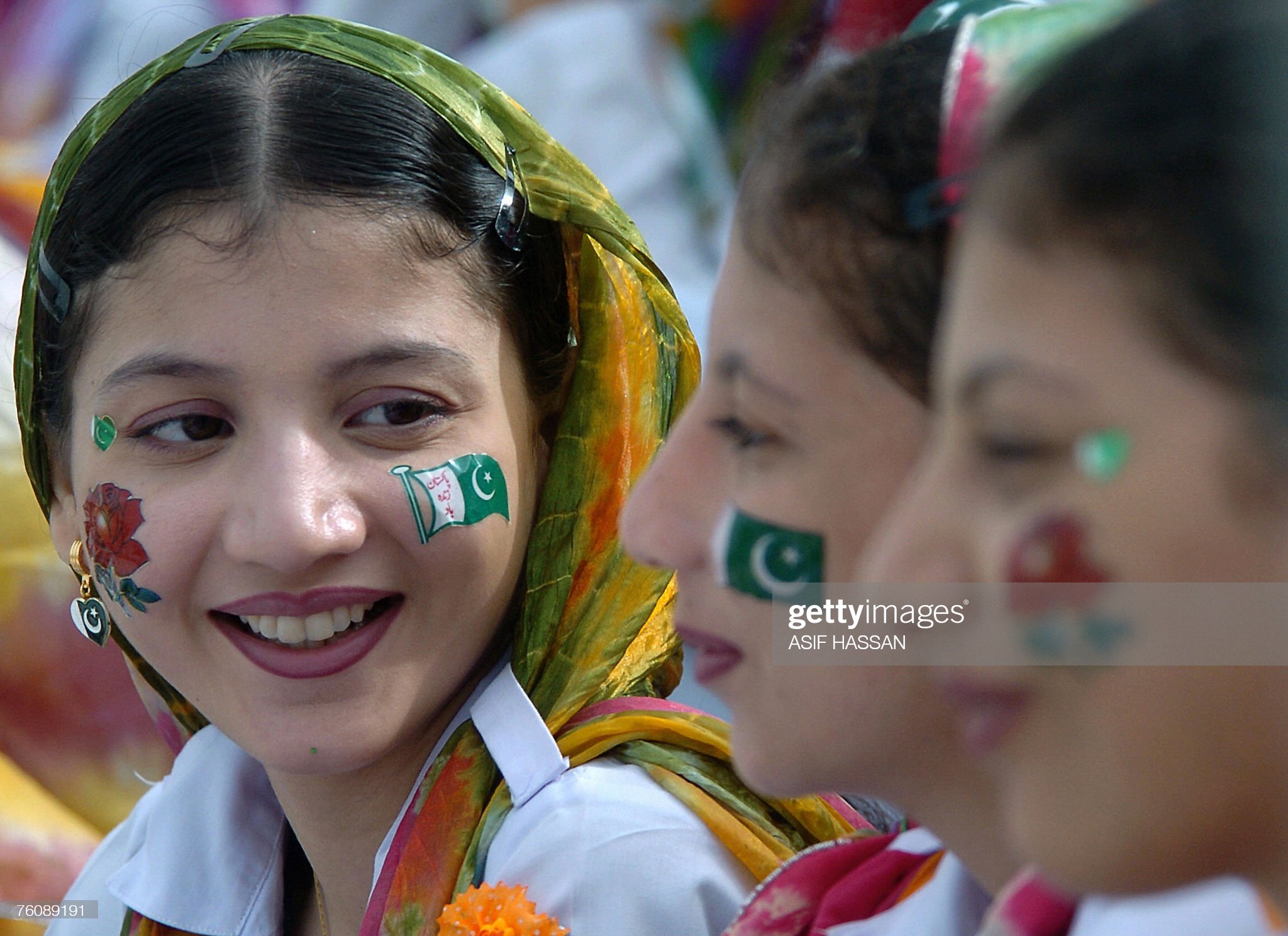 US Secretary of State Hillary Clinton remains beside a Pakistani national banner as she sees Pakistan’s Prime Minister Yousuf Raza Gilani while Gilani meets with US authorities before a gathering at The Prime Minister House in Islamabad on October 28, 2009. The United States will stand side by side with Pakistan in its battle against “severe fanatic gatherings”, visiting Secretary of State Hillary Clinton said on October 28 after a gigantic bomb impact. AFP PHOTO/AAMIR QURESHI (Photo credit should peruse AAMIR QURESHI/AFP/Getty Images) 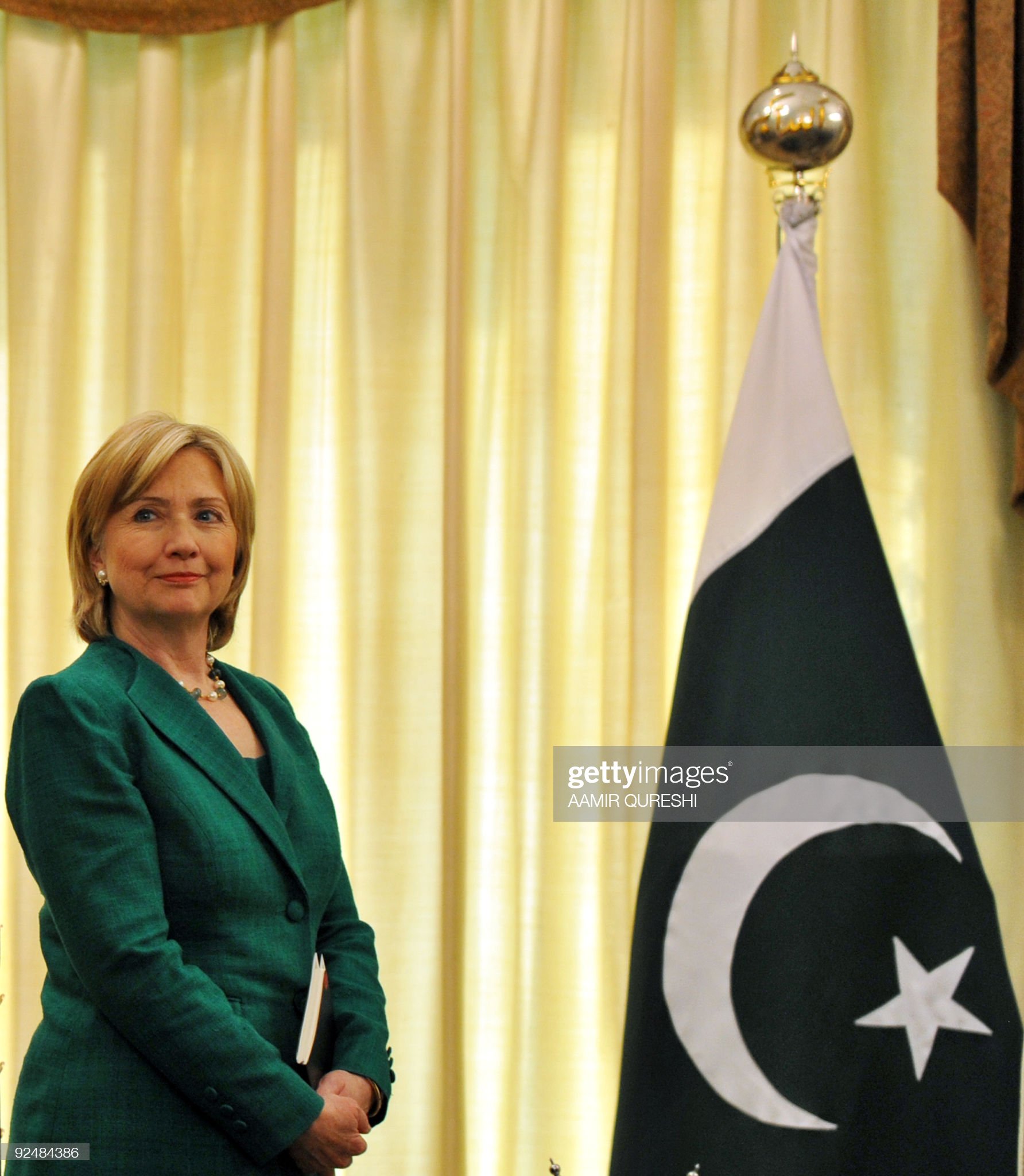